In one word … sewage!

It is common knowledge in Sidmouth that there is ‘something to do with sewage’ under The Ham, but of course as it is underground you can’t see it. You can however view the plans from 2001, which I think was the last time the sewage system was updated. 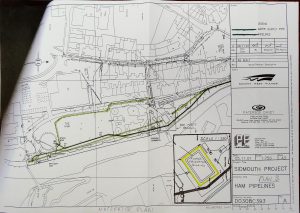 There have been recent vague mutterings about how people have been ‘worrying unnecessarily’ as the sewage system prevents building on The Ham. Of course neither I nor anyone else linked with the 3Rs campaign has ever said that such building would occur. We are sticking closely to the ideas put forward by the Consultants when we discuss what might happen.

If you want to see more about what is under the Ham then click the picture.